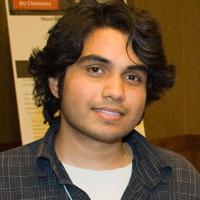 My research bridges applied engineering with basic science. I am interested in mechanistic questions addressed at a molecular level aided by fluorescence microscopy imaging acquired with high temporal and spatial resolution. During the past three years I focused on problems associated with the organized assembly and disassembly of cellular molecular assemblies, ranging from the formation of clathrin coated pits and vesicles and biogenesis of nuclear pores, both in vitro and in vivo, to the regulation of cell size during cell division in isolated cells and tissues. Aspects of my studies involve close collaborations with other members in the Kirchhausen group, highlighted by the generation of suitable biological reagents (i.e. genome-edited cell lines and generation of recombinant proteins). Most of the imaging is carried using minimally invasive, 3D live-cell lattice light-sheet microscopy (LLSM); I have also been responsible for implementing the construction of two of these microscopes in the Kirchhausen lab as well as developing the distributed computing infrastructure used for the quantitative analysis of the data generated by myself and by other members of our group.

In vitro Uncoating of Clathrin-Coated Vesicles. I successfully reconstituted synthetic clathrin-coated vesicles (liposomes of ~80 nm in diameter decorated with a coat made of AP2/Clathrin lattice). The purpose of these coated vesicles was to generate a membrane support with defined composition that is decorated with clathrin and AP2 that could be a substrate for the uncoating reaction mediated by the ATP-dependent chaperone Hsc70 and its cofactor auxilin-1 or auxilin-2. We used this system to determine the role and specificity of the different phosphoinositides in the uncoating reaction, based on a visualization assay using TIRF microscopy with single-molecule sensitivity. We found auxilin-1 uncoated PI3P containing clathrin coated vesicles more efficiently than auxilin-2, and the reverse to be the case for PI4P clathrin coated vesicles (Manuscript in preparation). Lab Collaborators on this project are: Kangmin He, Ben Capraro, Iris Rapaport, Kevin Bu.

Cargo Sorting. During endocytosis, clathrin coated pits select their cargo.  Using LLSM with single molecule sensitivity, we developed a method to visualize and count the number of defined cargo molecules captured by assembling coated pits and vesicles. We applied this method to transferrin (canonical cargo for the clathrin endocytic route) and Shiga toxin (a cargo whose route of internalization is poorly understood) in genome-edited cells expressing fluorescently tagged chimeras of clathrin light-chain A, the endocytic adaptor AP-2, and endophilin. We determined that most clathrin-coated pits captured 2 transferrin and ~ 4 toxin molecules and that this is the preferred route for shiga toxin uptake (Manuscript in preparation). Lab Collaborators on this project are: Mithun Pasham, Wesley Skillern.

ESCRT Dynamics. I uncovered in yeast cells that assembly of the ESCRT machinery in endosomes is governed by an unexpected stochastic process, whereby membrane budding and formation of intraluminal vesicles proceeds by multiple Vps4 hexamers constricting several ESCRT-III filaments into circular arrays. At the end, ESCRT-III and Vps4 are released in a catastrophic all-or-none-process (Manuscript in preparation).

Lab Collaborators on this project are: Wesley Skillern.

Membrane Dynamics During Cell Division. Cells dramatically change their shape during cell division. Using LLSM, we found that while the volume of dividing cells in culture or within the developing eye of zebrafish embryos remained constant, their surface transiently decreased during metaphase. We also found that the assembly of endocytic clathrin coated pits and vesicles remained relatively constant during all stages of cell division, expect for a brief decline in the formation rate during the later stages of metaphase. Aguet, F.,* Upadhyayula, S.,* et al., MBoC (2016) [*equal contribution; chosen by the Editorial Board for Highlights from MBoC].

Lab Collaborators on this project are: Yi-Ying Chou, Wesley Skillern.

Formation of Lipid Droplets. Seipin is an ER protein implicated in lipid droplet formation mediating a discrete step during the conversion of small, nascent lipid droplets to larger and mature ones. I carried out the LLSM imaging component of the study showing initial lipid droplet formation in Drosophila S2 cells captured in the entire cell volume. Wang, H., Upadhyayula, S., et al., eLife (2016).

Copyright © 2021. The President and Fellows of Harvard College